The Shinchiku Sokkurisan remodeling business was launched after the Great Hanshin Awaji Earthquake, with the desire to renovate houses with seismic reinforcement without high cost of rebuilding.
It has met with a positive response with a price roughly 50-70% of rebuilding, seismic reinforcement and fixed-price system based on floor area. The cumulative total of units contracted for Shinchiku Sokkurisan reached 150,000 units since 1996. (as of June 30, 2021).
As a pioneer in "full remodeling package" business, we have promoted full renovations of condominiums nationwide, in addition to detached houses. This has effectively launched a new genre in an industry that previously pursued only reconstruction and partial renovation.
As opposed to rebuilding, in Shinchiku Sokkurisan remodeling, the principal structural elements of a house are retained, and the life of the house is extended through the reinforcement of earthquake resistance, which makes it possible to minimize discharge of industrial waste, CO₂ emissions, and waste of resources. The Shinchiku Sokkurisan remodeling business is of great social significance to contribute improving sustainability of the society by addressing environmental and various social issues concerning houses in Japan."

In addition to reinforcing old houses against earthquakes while making use of its foundation and pillars, we also renovate the entire house. This renovation encompasses the water system, the floor plan, and the interior and exterior, based on the scope of work requested by the customer.
Furthermore, in response to change of the family structure and population aging, we offer homes suitable for contemporary lifestyles without rebuilding, such as change of the layout, extension, downsizing, change from a twostory house to a one-story house, and change to a two-family house.
Recently, earthquake resistant houses have been drawing increasing attention. In the Kumamoto Earthquake of 2016, a series of powerful tremors caused houses to collapse that had previously been considered not to need seismic reinforcement. In view of these circumstances, we have developed a proprietary method to address the issues due to such a series of powerful tremors. With the addition of this new method, we now offer seismic reinforcement and damping plans suitable for houses of all ages. 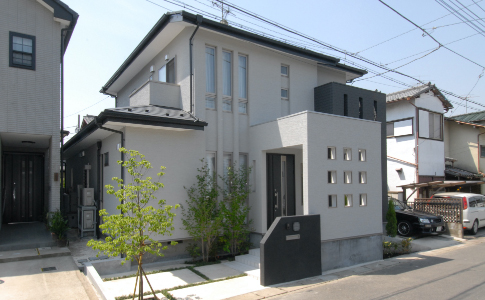 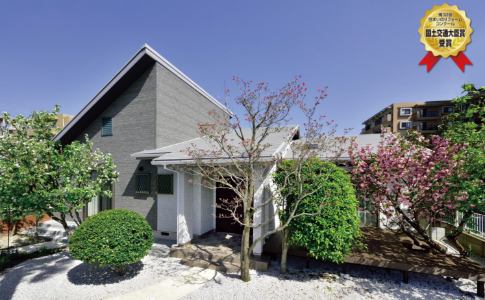 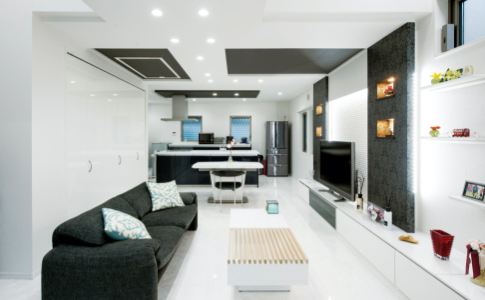 1 Clear fixed-price system with no additional charge*
2 Dedicated master carpenter with proven knowledge and skills oversees the construction
3 Dedicated sales engineer from the first consultation to delivery.
4 Offering seismic reinforcement and damping plans suitable for houses of all ages

*Only when there are no changes to the scope of work requested by the customer.

Our track record for success in traditional-style house renovation

We also focus on the restoration of old houses to preserve the beauty of traditional Japanese homes for future generations. Our achievements, exemplified by the restoration of approximately 400 old houses per year throughout Japan, are a source of pride for us. We propose renovations that take into account the design and functionality of the house, while preserving its elegance and charm, and adopting modern lifestyles based on a new way of living. 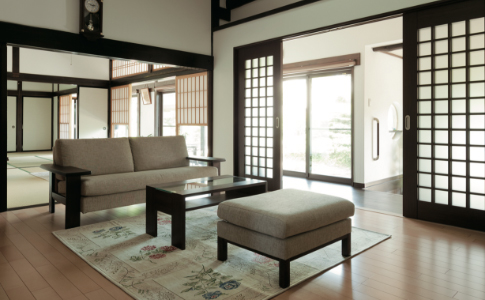 Since 2000, we have pioneered the industry's skeleton renovation business for condominiums. The entire exclusively-owned area is dismantled and removed, leaving only the structural frame. Everything else—from the equipment, interior, and base materials to the wiring, plumbing, and floor plan—is completely renewed to make the exclusively-owned area look like new. With our custom-made products, customers can freely design the floor plan and the plumbing, realizing the ideal home that they have in mind. Leveraging our comprehensive capabilities, we are able to provide high-grade housing equipment at affordable prices. And, thanks to the popularity of our products, the Group's condominium remodeling sales have been tops in the industry for seven consecutive years (according to data collected by The Japan Journal of Remodeling, FY2013–2019). 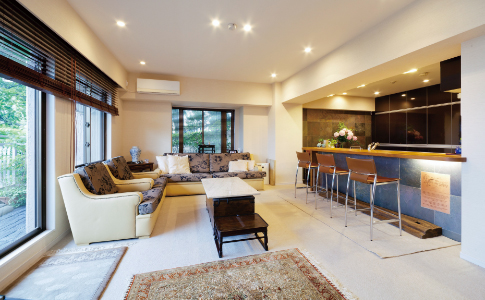 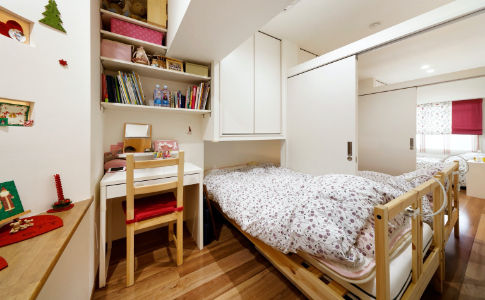 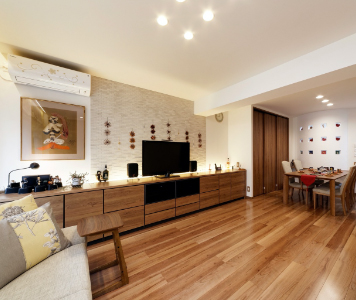 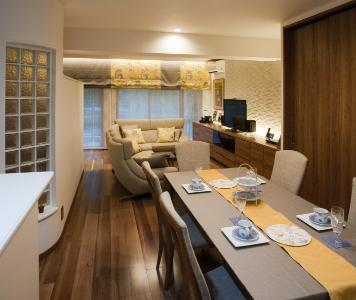